Online gaming fans should be aware that the term bingo slots could have different meanings, and avoid confusing the two. Bingo slots, generally, are slots titles offered by online bingo halls, as a diversion for bingo players looking for a change of pace.

Bingo Slot, on the other hand, is a specific slots title developed by Parlay Games and hosted by an international group of online bingo sites called The Bingo Affiliates. Colloquially, many slots enthusiasts refer to this title as Bingo Slots, so it is important for players to know which of the two they are looking for when they search online.

Despite the name, Bingo Slot has little to do with classic bingo except the design of the symbols, most of which are displayed like the numbers on bingo balls. It plays in a strictly functional frame of five reels with three windows each, adding no adornments except for the controls, the pay line numbers and the game logo.

Bingo Slot uses the letters B, I, N, G and O instead of poker values as its low-value symbols. Each symbol is of higher value than the one before it, so B wins a prize of 4 coins for three of a kind on a 1-coin bet, while O wins 70 coins for five of a kind. These symbols account for most of the title’s winning combos, with the higher-value symbols creating combinations much more rarely.

Higher-value symbols include a brightly decorated Easter egg and three company logos of The Bingo Affiliates members; Bingo Australia, Canadian Dollar Bingo and Amigo Bingo. The last one is the highest-value icon, winning 600 coins for five of a kind. 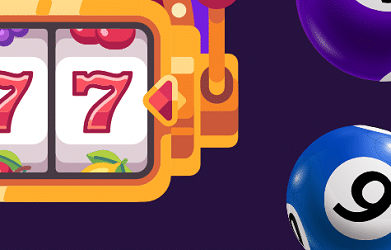 Bingo Slot’s Wild, an unwrapped present sprouting diamonds, appears quite frequently and substitutes for all symbols except the two Scatters to make multiple winning combos. The Free Spins Scatter, a bingo ball adorned with stars, triggers 13 free spins if three or more land anywhere on the reels. During free spins, all wins except Bonus wins are trebled.

The Bonus Scatter is a group of bingo cards and balls. Three or more trigger a bonus round in which the player is offered six chests, and must pick three to reveal prizes. Prizes hidden in the chests range from nothing, to 100X the total bet for the spin. Bingo Slot also features a progressive jackpot, which can be triggered at random at the end of any spin.

Bingo Slot has 20 pay lines, but players can choose any number from 1 upwards. Bets per line can also be adjusted from 01c to 50c, for a maximum bet per spin of $10.

Like real money roulette fans at https://onlineroulette.net.nz/nzd, players who want real money slots with a variety of other themes, as a break from bingo, have got lots to choose from. Progressive jackpots, 3D slots and slots themed on popular TV shows, among dozens of other themes, are all available at a number of online bingo sites. Players can find titles like Rainbow Riches, Cup Carnaval, Cleopatra, South Park, Coronation Street, Lucky Angler and many more, simply by typing bingo slots into their search engines.